This blog has a viewpoint you won’t hear very often. It’s because we don’t have any financial ties, no firm dependence on the prevailing opinions about the economy and frankly, we don’t give a damn about opinions. We started from scratch finding out the reality of climate change, of the process of extinction that is now well under way and of all the ways in which economic interests pushed humanity, and is still pushing it, to a certain calamitous demise. At the moment we are still witnessing a fire fueled from the depths of our Earth, consuming all that evolved in it’s absence, the World Economy.

The fire dormant for millenia in our crust spread all around us..Hell came above ground.

Our view is that humanity will overcome this age of addiction and slavery. Never before was the world driven crazy by an automatic marketing machine telling it burning more is good, that your culture is copyrighted, that you own a house but also a debt you need to work for years to pay off. The age of intermediation created for only one reason, the expansion of carbon cashflow along with the control of our freedom. So shameless is the lie that people will rather see their grandparents die because medicine has become to expensive than go bankrupt and lose their home to an anonymous lender they never met and that won’t suffer. Fossil fuel is the only creditor in this world, and the debt we owe is CO2 in our atmosphere. 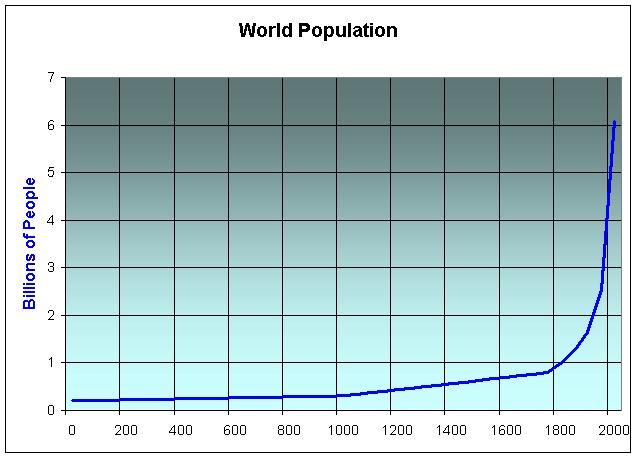 More people due to energy on demand from fossil fuels. This will change (bron)

There is a clear message of the dominant players, the carbon powered ones, they tell us that we need to tighten our belt, that gas is the future, that some things are too expensive (clean energy) and others are cheap (carbon/nuclear). They fund movies showing the world as one big wilderness of natural abundance, Tell us fish is sustainable. complain about trade barriers and the difficulty of mining in the unpoliced rainforests. They bring the goodies without telling anyone they stole them, they killed the owner, and they are poisonous.

But it was poison (graph based on model) (bron)

But there is a simple fact that will not budge and will remain true no matter how big the devastation. The clean variant of energy is more abundant, more accesible, easier to capture, unintermediated. We think carbon rules the world, well no. It rules the western world. It brings about enormous damage and a dreadfull prospect if unchecked. But it’s not the most powerfull force at work. Its primarly the Sun, the source of fossil fuels in the first place. Then the elements set loose upon us due to carbon overuse : storms, droughts, fires, floods, famines and now also vulcanos and earthquakes, the burned carbon wafts quietly as CO2 over the spectacle.

How to deal with this?

There is no economic solution for our problems. Their very nature is economic. We written about the need for three currencies, about the need of a separate economical realm that would run by different rules, the so called Extraeconomical zones. Why? Because the economic belief system was designed to run on fossil fuel abundance. Credit extended is worthless if it can not buy an otherwise unused resource : fossil fuel reserves. Where in medieval times you needed a forest to build a ship, now you only need fossil fuels and steel machines, to mine the steel, to refine it, to power the welders and presto. And if you need a tree you can go all around the globe to get it from someone without guns, without the concept of ownership of wood. Someone you can kill if he/she objects because it’s in a rainforest (many anti logging activists in South america have been killed). 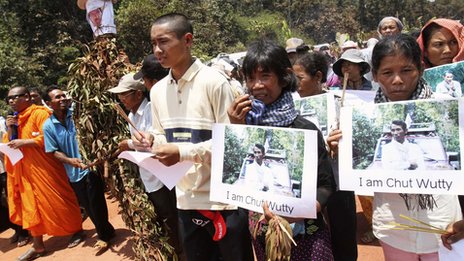 This economic way of thinking places the emphasis on the valueless ‘means of exchange’, also a means of organization no doubt. What is not considered is the availability of that which is supposed to be bought and traded. That is to much complexity for most people to handle, and if it isn’t the abstract manipulations of money will be made more complex, frightfull and interesting to make it so!

One can say "Who cares!", most rulers where muderous thughs through the ages, we had a nice period based on fossil fuels, let the chips fall where they may and don’t try to globalize some kind of solution. That attitude is fine, but anyone who wants a future must now fight for it. It is not a given that the world will have order, food, anything in the next 30 years. The chaos will become bigger and bigger until either it seizes to be recorded or we deal with the problem. We are going extrinct, and we need to defend ourselves.

Life can be actively protected and secured with renewable energy.

There is plenty of power to effect change.

The carbon cashflow system is only interested in creating a manageable cashflow that can be intermediated by banks and everyone else so they can take a piece of the action. It is basically a virtualized slavery system with a high payoff for the slave/consumer. This is not negative framing because the consumer is a slave, we see that because the system does not want to allocate carbon credit (purchasing power) to the non workers, the idle, it is a game played between energy companies, banks, industry, consumers. The other way is to use renewables, but then there is no game, there is only owned wealth, and this means less consumption, less cashflow for the intermediaries, and so it is fought by those that live of carbon cashflow.

Economic forces fight cashflow reduction. That is why we have bubbles, that only work if they are matched to available carbon resouces. Hence the carbon/credit system. Renewables reduce carbon cashflow.

At this moment one can see the cracks as the people’s independence of this system starts to assert itself. The bonds and derivatives can turn valueless overnight, as can the dollar, and this will be a great calamity in itself, but only because while all these instruments of carboncredit management functioned people where kept from dealing with the growing threat of collapse. Fossil fuel energy collapse. Strategicaly the US could never allow a full default on it’s paper, only for isolated non-essential groups of the population, or could it? Who wants to go to sea on a burning raft?

When Germany could no longer pay the heavy WW I reparations to France the french marched in and occupied the Ruhr industrial area, known for it’s coal mines (guess where German wealth came from). In that sense the US is well protected, it took a lesson from Catch-22 in the sense that it became a weak manufacturer, like the old italian scorning the american "be weak, blow with the wind". No industry to occupy, little reseves to own. "A bald chicken can not be plucked". Fine strategy, but that still doesn’t solve the problem of our pending extinction and preceding chaos.

A global agreement on fossil fuel use reduction will never be reached, politics is not informed by facts, it is informed by power, and fossil fuels are still the biggest power. Let’s hope people conclude waging war would be to big a waste of oil. But in itself it won’t be enough for people to live clean and green, there needs to be a countering of the process. Until today that has not happened in any other sense then the planting of millions of trees where they didn’t grow before, as they burn and die where they did grow as a result of climate change and carbon credit economics.

Can a global council meet on establishing, for the use for climate change mitigation through extraeconomical means, all areas now of no economical value? Who would lose?

Read more about the extraeconomical zones here. The idea is that you take a territory, something that can be decided by a global council, and assign it for three tasks 1. Generation of renewable energy 2. Restoring atmospheric and ecological balance. 3. Keep itself alive. No trade from the world economy or any bank can take place between an extraeconomical zone and the rest of the planet. It is like terraforming on Earth. Extraeconomical projects can be channel building, reforestation, irrigation, carbon capture, ocean oxygenation, fish breeding, quite a number of activities that can be done autonomous with renewables. The key is that the renewable energy sources can be manufactured with renewable energy only. One can make ethanol, methane, NH3 with solar electricity or wind, geothermal, you name it and there are ways to do it that extract next to no resources from the world economy. Of course mining and all other technological methods can be used to achieve the goals set.

The desert regions of Africa can be one vast extraeconomical zone, irrigated from the oceans.

All ‘investments’ in extraeconomical zones will be considered defence spending, not to be associated with returns of any kind. The energy production in the zones means they can operate virtually without external credit anyway. The zones may need protection so it is not likely that the different armies from across the globe will be involved. The hard part is then not to let any resouce be used with preference by people in the world economy. Luckily the one can grow a lot of food as long as one does not have to follow the carbon economical rules. The defence council can be government for these zones, a world government in fact, but who would object?

The biggest extraeconomical zone will be parts of the oceans

Because the solution of extraeconomical zones is feasible, because the technology exist to make it work and because our renewable resources are so enormous there is room for optimism. The problem will be solved. It will take discipline and time, especially now we are tipping the scales and causing the release of massive amounts of methane from the frozen tundra and the ocean floor. But even then we can work our way back. The only thing that stands in our way is the carbon credit system, the current way of economical thinking. To deal with that we define a new parallel system that does not compete with it. An so there is a solution.

There is uncommen technology that is needed to do things without to much effect on the world economy, but we know what those are.