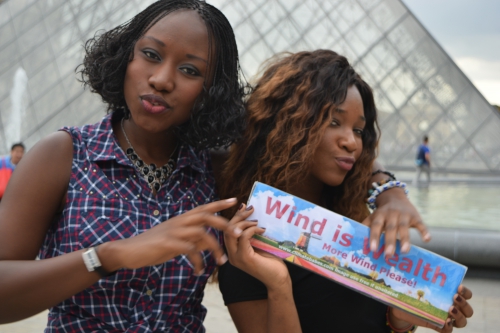 This year we have been on tour around Spain and France and Belhium, visiting  Madrid, Barcelona, Valencia, Paris, Bruxelles (and Lille) 😉 You can find pictures here. Today we’ll be in Amsterdam for the peoples climate march. 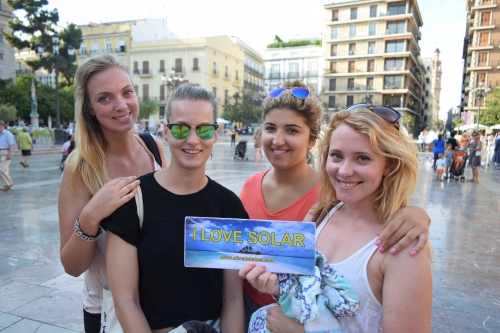 As I was travelling recently I took the book of Nick Bostrom with me, mainly because Elon Musk commented on it. The book is called Superintelligence. It purports to analyse the future development of intelligence in humans or machines, attempting to cast light on the way intelligence will increase and how artificial intelligence will present itself.

I was interested in this more or less state of the art view, because once I was aware of the state of the art in artificial intelligence, working on neuromorphic networks simulating the effects of substances like emotional neuromodulation using computers. I learned about robotics, machine learning, neurophysiology and read everything that anybody published. There’s no science I read in his book until now that I don’t know about, actually there is quite some that Nick doesn’t appear to know.

Weapon systems use ‘intelligent’ targeting
As former expert (can’t say I am up to date right now) I have a simple definition of intelligence. It is Robust Goal Orientation. This assumes some locomotion or action as wel, so one could say Actioned Robust Goal Orientation, or ARGO. This is intelligence. An mechanism or organism that demonstrates ARGO has intelligence, maybe not human level intelligence (meaning : as robust), but the thing we would recognize as intelligence would be going on. This is one of the main points that puts Nicks analyses in the second row. His definition of intelligence is whatever we think it is, and as humans this is likely antropomorphic. This would be fine if we knew what is essential to antropomorphic intelligence. It is important to recognize that being a human ( a physically limited cooperative of cells with its limited senses and manipulative power) shapes our intelligence to a high degree. Nick Bostrom doesn’t really consider the corporal aspect of his ‘intelligence’ but treats it more like a etherial quality. The Microdomain of Logic

Nick starts with a review of past achievements in term of intelligence. His idea of intelligence here seems to be problem solving, like winning in a game. He states “Artificial intelligence already outperforms human intelligence in many domains” (p. 11) when applied to game playing computers. To me this statement has multiple flaws. First playing a game can count as goal oriented behavior, chess can be represented as a search though a tree graph of possible moves, the goal being to find the series of moves still left under the constraints created by the opponent where the computer wins. It is however usually extremely frail. It is an algorithm, meaning it can only work one way. One faulty wire, memory block or software statement and there is no more goal orientation. Saying that such kind of ‘intelligence’ surpasses human intelligence is wrong, because humans can be boxing and still play chess at the same time. Robustness is an obvious feature of the human brain, it uses many more neurons than necessary in every task and it ‘repairs’ itself.

With the different examples of problem solving and game playing discussed in Nicks review of the state of the art Nick adopts the complaint that as soon as a computer solves a problem considered intelligent it is no longer seen as intelligent (John McCarthy). Still without a proper notion of what intelligence is Nick guesses that natural language processing is a ‘AI-complete problem’. Here he borrows from the term ‘NP-complete’ or Nondeterministic Polynomial-Complete problems. These are problems that can’t be solved in polynominal time, meaning the duration necessary to solve them may explode with the problem size rendering them too time-consuming to solve ever. Cryptography uses NP-Complete algorithms to make sure noone can find a shortcut to decryption. It sounds cool to say ‘AI-complete’, to mean it requires human level AI to be doable, but it means very little. Phone answering systems do fine without it.

The Microdomain of language

Language is commonly considered to be a key aspect of artificial intelligence. The famous Turing Test for artificial intelligence consists of a human and a machine connected through teletype (precursor to chatting online) and communicating with the test subject, and if the test subject can’t notice the difference between the text from the human or the machine the machine has reached human intelligence. This view of what intelligence is obviously ‘symbolcentric’, something Turing’s mind certainly was. Concluding AI through this means will run in robustness issues really quick, and validity is limted by the test subject’s own intelligence. We can define intelligence in this case robust orientation towards correct or acceptable language, where ‘orientation’ of language comes down to selecting the words to use, like picking a route in a maze. We percieve language output as intelligence if it robustly succeeds in being correct (adequate to the conversation) or acceptable (socially) to the tester. There is no machine that has done this yet, quite a number of humans even struggle with it. 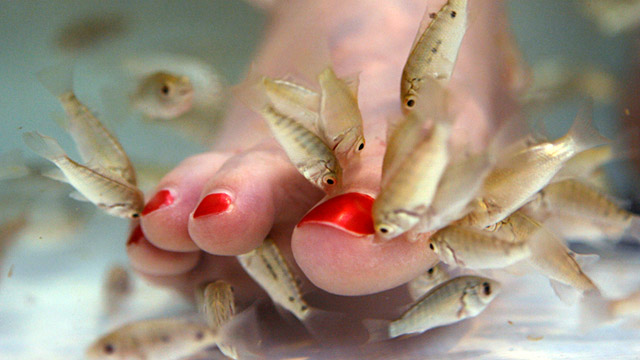 To understand intelligence as we posess it we should go back to the origins of it in the living world. The nervous system has a long developmental history first showing up in very tiny organism with a few of them, to eventually occur in humans, cows, elephants and chicken by the billions. The primary function of neurons is to make parts of the organism respond to something occuring in some other part. Neurons replace chemical diffusion, permeation of light or vibration penetrating to the part it connects to. Why? To quicken a response to threat or opportunity. Usually the goal of the response (which can be a construct of the observer or emergent) is to maintain homeostasis or survive.

Simple organisms won’t be considered intelligent if human-level intelligence is used as a benchmark. Bentic organisms swim about in the sea and can find the light or darkness quickly, flee from stimuli but they can’t spell their name or solve puzzles. To me they are intelligent as they robustly orient towards their goals (stay in the dark may be one, stay away from disturbances which may eat them is another). The beauty is found in the fact the organism will be as intelligent as nature and its resources allow it to be. Now if the number of goals an organism can orient towards simultaneously increases we start to see a way to put these organisms on a scale with humans. (to be continued here, with a classification of ‘AI’)