"Rather than an anomaly, the event marked the 31st hour this year when power companies lost money on their

electricity in the intraday market because of a torrent of supply from wind and solar parks.

The phenomenon was unheard of five years ago." (bron)

"Narrower margins mean it will take longer for companies to pay off building new gas- and coal-fired facilities. Those plants are needed.

They can run around the clock, preventing blackouts when the sun sets or the wind dies as European power demand

grows 5 percent through 2015 compared with 2010, according to Paris-based bank Societe Generale SA’s forecast."

Nee, "those plants are not needed", electricteit is dus op te slaan. James Delingpole should be understood to be of the same ilk as Chris Monkton (not a lord if you thought so). There are a million ways to win an argument using retoric tricks, like James in below video to deny climate science is about consensus. That is correct, science is not about consensus, but what the reporter means is that while striving to check and refute or find other reasons for the results, the conslusion is the largely and uniformly same. So there is a consensus about the accuracy of the scientific results. James explains he is an ‘interpreter of interpretations’..I’d call him a liar and a bullshitter. 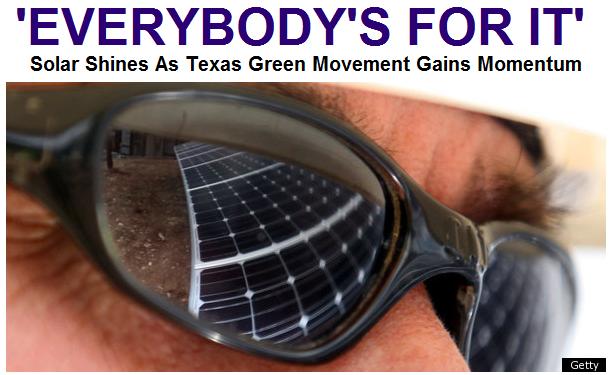 Let’s see happy Raybaned Gun-Ho texans on quads running on solar or wind ammonia. Let them realize they are not only rich underground, but also gifted from above.. 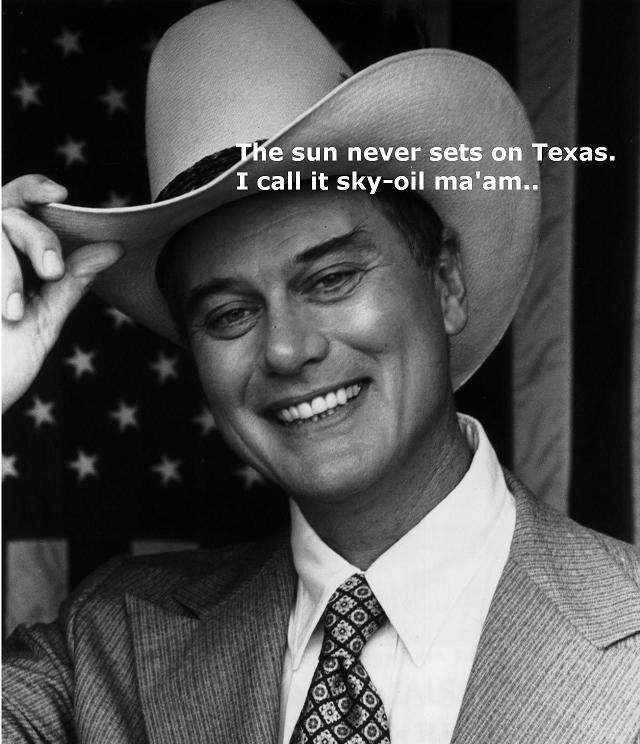 Sunlight arrives on earth in almost parallel beams. A mirror reflection of direct sunlight shows you can point it at a distant spot. This ‘quality’ of sunlight is exploited in solar tower power plants. Heliostats all focus the suns reflection on a central reciever where the light is turned into heat (althoug sunlight has a good deal of invisible infra red light to start), and heat into electricity (usually). But sunlight could be more concentrated and thus usefull in different ways if it where used to power lasers.


Solar laser as a way to create a magnesium economy, maybe a step to far.. (by ELI)

We looked at concentrated sunlight for hydrogen a week ago, and the temperatures for water splittinghave to be high. With solar pumped lasers those temperatures are easy to reach, so this peeked the interest of the japanese researchers. It turns out it is not even that complicated, while the advantages of having your solar energy packaged into a neat beam should be obvious..

Looking further into the options I came across an interesting and potentially very usefull line of research, that of solar pumped lasers. This requires some explanation, which is not easy, but bear with us.

Lasers are light sources where the light is traveling in perfect parallele beams. This is why laserlight shone to a far spot makes only a tiny dot. Laser light is produced in crystals that can be exited, so they start to emit light, and that because of their shape and nature will excite light in extremely parralel beams. There are several ways to ‘exite’ laser material, a common way is to shine flash light on it, which is why we associate laser with electrical sparks and high electric buzz. In the research I came across it is suggested it is done using focussed sunlight.

So you can make laser beams with sunlight, and you can do that with reasonable efficiency, meaning (as stated above) 43% of the energy in the sunlight is transferred it laser light. What does this mean? 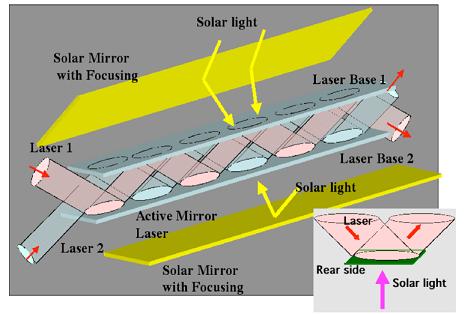 In the article by Kazuo Imasaki et al. it means one can run a chemical process of hydrogen generation more efficiently. This is mainly because the laser can transfer the energy (which turns from light into heat) fast, with low losses and very precise into a reaction container. Imagine you make a heat storage vessel with a tiny hole where the laser comes in, the heat loss from the vessel is extremely low because the ususal pipes and such don’t exist. The laser can transport energy into small well insulated spaces to reach extreme temperatures. 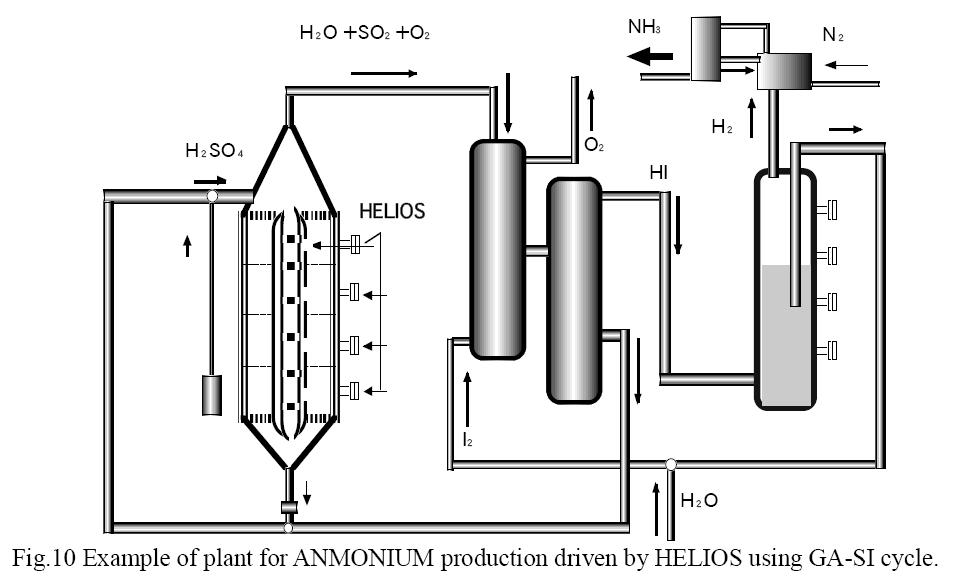 Another possiblility with solar laser light is it’s direct transportation over considerable distances. One can imagine a solar tower near a town beaming it’s energy to a nearby town, or perhaps through a wide diameter glass fiber tube. This might be less lossy and cheaper to realize than either copper/carbon electricity lines or pipes transporting heated oil, sodium or something like that. The laser idea was created for power beaming to satellites, but here we see that there can be a domestic advantage too..

The science is growing, but with a focus on space. Why not on earth, after all not all light is absorbed ealily by our atmosphere..

"The solar radiation was chopped at a 20% duty cycle to avoid overloading of the cooling system. The peak power output was more than 65 W during the chopper’s open times"

More about The laser material

This article disappeared…our bad, below a recap.

Lead acid batteries are still the most common large batteries around. They are found in every car and have seen remarkably little innovation in the past decades. They can be used for large capacity storage, but they still wear down and there is no easy modular recycling infrastructure for worn out electrodes, most are still throwaway. We hear a lot about flow batteries for large capacity storage. Flow batteries are batteries where the electrolyte reservoiw is much bigger than usual. Most of it is out of reach of the electrodes most of the time, so a pump needs to cause a flow so it can deliver its charge. Flow batteries are resonably simple devices, we have written about the Vanadium type, a type that is unpatented and works like a charm over long periods without intervention. Vanadium has two compartments with electrolyte as shown below.

Below a summary of the work at the University of Southampton in the UK. There a lead acid flow battery was build and tested on a small scale. Scalability is one thing flow batteries are designed for though.

“Technology based on flow batteries is one potential solution to such energy storage because they have a very high energy efficiency. In Southampton, the programme centres on the soluble lead flow battery, Click on the image to see the electrode reactions.”

“And the electrolyte is methanesulfonic acid. Compared to other flow batteries, the advantage is that a separator is unnecessary and there is only one electrolyte flow. The electrode reactions are possible at high rates. The challenge is now to control the deposition of the lead and lead dioxide at all the rates and in all the conditions met in an operating energy storage system.”

As you can see above the battery performs over many cycles with little loss. The loss that occurs gradually is usually a result of degradation of the electrodes and sediment in the electrolyte. So these aspects require maintenance. Every other type of energy infrastructure requires maintenance as well though. So why isn’t this tried? 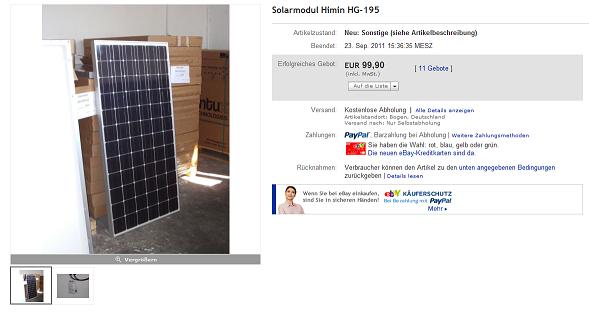