To order a tailored cover send an email to info@greencheck.nl tell us what type of monitor you have. Price ranges about 40,- ex porto. 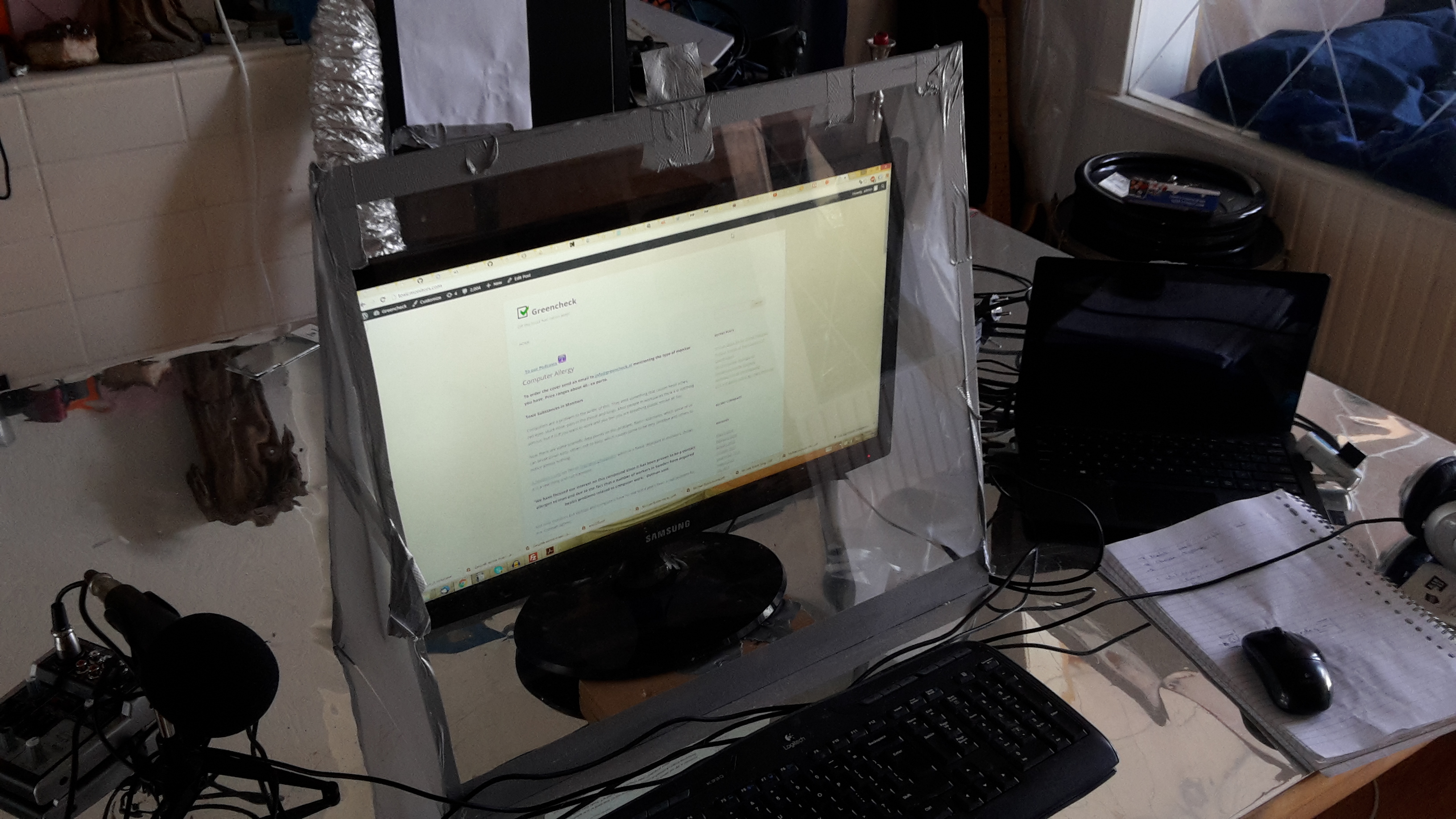 Toxic Substances in Monitors and Computers

Computers are a problem to the writer of this. They emit something that causes head aches, red eyes, stuck nose, pain in the throat and lungs. Most people in workplaces think it is notthing serious, but it is if you want to work and you feel you are breathing plastic smoke all day.

Now there are some scientific data points on this problem, flame retardants, which some of us can break down easy, others not so easy, which causes some to be very sensitive and others to notice almost nothing.

A swedish study on TPP or Triphenyl phosphate, which is a flame retardant in monitors, shows it is a real thing and not harmless.

“We have focused our interest on this compound since it has been proven to be a contact allergen to man and due to the fact that a number of workers in Sweden have acquired health problems related to computer work,” Ostman said.

Not only monitors but laptops and computers have for the last 4 years been a real problem for me. Ostman agrees.

Greenpeace made a report on toxic chemicals in computers (reloaded version) that can be found here, mentioning Bromide Flame Retardants or BFRs. These chemicals do not stay in the computer but turn up in the dust around them. These do not seem to cause acute symptoms like I experience.

“In our analyses of these “wipe samples” from computers, toxic PBDE residues were found in every sample (see Table 1). The highest levels found were deca-BDE. Other brominated flame retardants identified in the analyses were octa- and nona-BDE as well as tetrabromobisphenol A (TBBPA).”

It seems that if there are reports with names as “Bromide Flame Retardants, Rising Levels of Concern” (written by a n Occupational and Environmental Medicine Fellow of the UCSF), there is reason to pay more attention. Cancer, liver damage and neurodevelopmental problems are the most frequent consequences of significant exposure to the different types of BFRs. Considering these chemicals are found almost in every product and environment its quite a serious thing.