Greentech is about to explode. It is already booming around the world and Holland is a major player. Dutch flowers and greenhouse technology are advanced, and there’s plenty of cash and other funds for innovation. Sustainability is not only needed but also more profitable (although it also reduces the need for profit). So we took a look. We found a couple of interesting companies, and have probably missed a few as well. 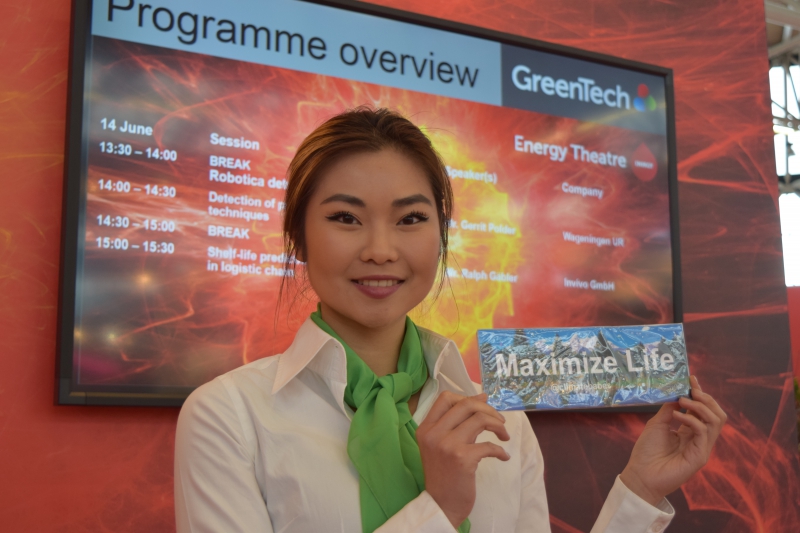 We believe that renewables will bring a revolution to the restoration of nature. Now we are still in a global fossil credit driven market, where people compete for the same fossil fuel resources they buy with credit from banks. This will change. Because of the use of renewables prices of many products will drop. Also production chains and logistics chains will become cheaper so that product availability will increase. Automation and AI, and new sensing will make it easier to put together a system that can grow crops or other plants in regions now considered uninteresting. Think robots planting forrests where it is cheapest, irrigating and tending it with near zero operational cost. 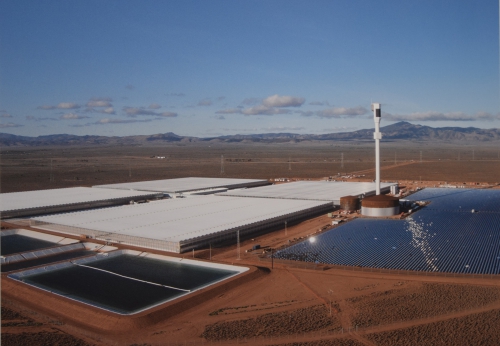 A tomato greenhouse project that eats CO2 without buring fuel..

The above picture shows a project by van der Hoeven called Sundrop. Build in Port Augusta, South Australia, it combines a solar thermal power plant, ocean water desalination and ustilization of CO2 (from external processes). Except for the CO2, which may come from carbon burning power plants, and probable fertilizer input (made with natural gas) this is a big improvement over gas burning for CO2 and heat, using fresh water by depleting wells.

The other side of this equation, which is being forced to deal with fossil scarcity and pretending there is no solar, wind etc. is also interesting. Hydrophonic systems are evolving, there are even examples of closed systems (except for LED electricity input). Indoor and multistory growing are trends. With LED minimizing light energy to orient and power plants as they grow. Plans will still only convert 5% of the energy available, so growing for energy would make no sense with solar approaching 20% efficiency. 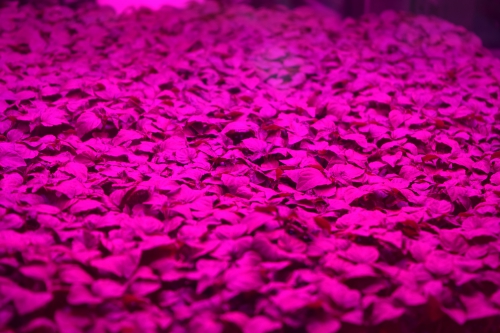 Different light bands have different roles for plants, the light can be pretty intense as shown here in a tiny greenhouse for us on board cruise ships..

As long as the inputs needed are not considered too expensive tiny automatic greenhouses, or larger systems can be operated practically anywhere, on ships, in highrises, on roofs of buildings and in basements. Maybe even in individual homes (as is already the case without LED for herbs). This drive to squeeze the most out of every cubic inch is driven by economics, mainly land prices, which are as high as they can be without hindering use and trade. Of course if the true value of land or real estate was considered (usually as low as undesirable farm land) this effort to put more plants in less space would not be so important. It really isn’t, it’s just convenient in a fossil fuel deprived world that lacks enough renewables. These systems are a bit like off grid power systems. We should not stive for a world where we really need them, just have them when it is the best solution. (nedled) 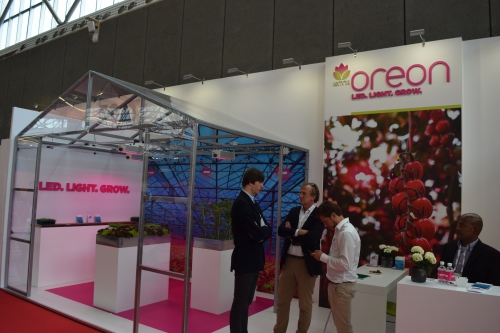 Many of the parts and systems use plastic, because that’s a very cheap and versatile. There’s a lot of waste biomass (1/3 of European production!)