Example A dutch bridge was build with ‘open books’

If you look beyond the market as presented to you, beyond the politics and myths told to you, and discover that most things are not what they seem, it becomes clear our world today is much more risky than it ever was. To much of it is linked, based on promise and a large amount depend on the direct availability of fossil fuels. The institutions that are supposed to secure us seem to be preoccupied with enriching themselves. The growing insecurity translates into rising prescious metal prices, increased central bank buying, the US mint running out of silver ounce coins.

But gold and silver don’t provide a solutions. They are excellent means of exchange in a society where most products come from manual labour. Add one wind turbine and a few machines, and the gold and silver will accrue with the owner of the turbine, like it is now accruing with anyone controlling oil.

We are not prepared for a labour intensive society, and it is unnecessary as we have a huge surplus renewable energy we can use to replace fossil fuels. Sure, in the interim after global oil trade collapsed due to a bond collapse we may have to work very hard, but that’s just a phase before renewables start pulling the global wealth wagon out of the mud.

GLD and SLV do not have an obligation to deliver Gold or Silver, how many know that?

But we need a way to deal with the fraud, the shadow banking system, the distrust, the unbacked derivatives. The whole attitude of suits that think they are untouchable because they can hit you or your business with fast money, retract credit, corrupt ratings, false valuations. Nobody has a clue what’s real in any warehouse, the futures can be fraudulent, delivery may not be in the contract, it may be ‘fractional banking’ without it being made clear. Life is so easy for people that can lie to you and hide in legal or even semantic complexity. How do we deal with that?

The trajectory predicted and steered towards by those that have the influence to do it seems to be to continue expanding debts. A glance towards an exit may trigger an implosion. It’s like the Southern Oil Company’s truck in Wages of Fear, loaded with nitroglycerine having to maintain speed on the ribbed road or it’s supension would resonate and shaking cause the nitro to explode. Smile Yves.

London bullion certificates are fractional reserve notes, 1% is present. How many know that?

The danger of collapse lies in pulling the curtain of complexity, of deferred responsiblity, of legal misdirection, of contractual fraud (the derivative says it will pay out, but nobody has the reserve to do it). Then the order created by contracts, leases, derivatives, loans, bonds disintegrates, because the glue, the flow of currency, will sieze to connect them. Still that should not be a major problem, but the currency is what makes people go through the motions, it’s the string in the pearl neclace, and it’s been rotting and eaten away. Soon people will be scrambling for the jumping pearls, every one for himself, but even the pearls may be rotten.

The Wages of fear is a convolution with one driver, oil. The truck runs on

oil, it’s about an oil well fire needing to be put out and the money is valuable

to the drivers because there is an oil based economy

The answer we proposed before was to allow anybody to create a currency, in a barter style system, so that the baker could trade bread certificates, the butcher meat certificates, and the hairdresser haircut certificates. That system would always be liquid, be compatible with our current production system, be hard to dominate, never know inflation, and be highly informative about actual resources. Trust would not have to be enforced, it would stem from people’s experience in getting the stuff they got certificates for, or not. Fear would be brought down from being system wide ‘risk management’ apathy to being related to direct observable performance, we would feel more in association with our daily needs.

But how do you deconstruct the current house of cards without affecting the real economy? Would that not depend on knowing exactly how the system works? Whereas you would like to see the distribution of resources such that wealth is spread equally for the benefit of security, we have a system that sees companies take resources based on hubris generating inequality and insecurity. It is hard to respond because of both complexity and aupageness and ‘trade’ secrecy. We are not allowed to know how Goldman Sachs steals billions from pensionfunds by front running trades through collocated high frequency trading bots. The Quants are bound to silence by contract!

Fear makes you afraid to look

To improve things it seems that transparency is the big solution. This is not ‘reported’ transparency. In the relationship between companies and consumers in the market it’s often maintained that companies are transparent ‘just like the consumer’. But of course companies are only transparent about what they need to report because law requires them, or what they can report that makes them look good. After all, they remain ‘for profit’ enterprises. Of course there’s nothing secretive about a baker, butcher, milkman, postman, carpenter, nothing anyone should hide on facebook. It’s likely the economy can be run without any secrets at all. One could say that secrecy could be abolished generally. Companies will have no privacy, only people.

Daylight can turn the vampire into dust

Hypertransparency would be a term adopted for a policy that removes any right to secrecy from companies. It would mean all data, all transactions and contracts would be accessible. Not only to the CIA like right now, but to every citizen with interest. Wikileaks not as a challenger but as the modus operandus. How can the essentials of our wealth creation process be a secret?

Twitter runs on the idea that anyone can share 140 characters that are public, the time of conception dated to the second, which then can be shared with every user that cares to take a look, even without ‘following’. Direct messages in Twitter are private, but more because they are of little interest to the public than because Twitter wants to be a medium of encrypted communication. The protocol is https, so the senders identity is probably more reliable than when using a mobile phone text message or paper letter. 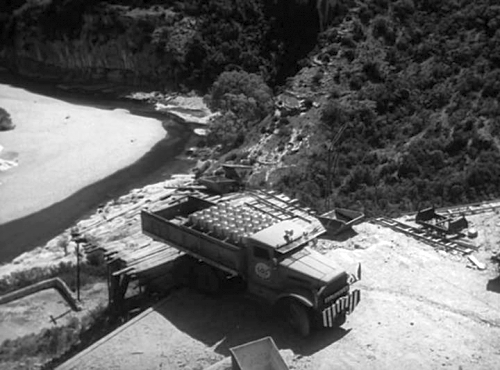 Do we know what’s in our truck?

If we use Twitter as an example of hypertransparency and apply it everywhere in our economy, we will shatter a lot of dreams, dissolve a lot of advantages, see a lot of people go to jail, but after some time we will all know who to trust and who to shun. We will know the resources of every player in the game and facts will become more important than fictions. Rather than a public that is eternally in the ropes from the media’s constant fudgewashing, the biased media (like oil money driven Fox News) would become outcast.

It seems the biggest fear of those that promote the global economy, the ones selling the pyramid game by presenting your access to wealth as dependent on climbing a pyramid structured system, is that all the strife relaxes into a disinterested satisfied state that can never again be stirred into such emotional imbalance. The tropical island nightmare, the human swamp, where all pull each other down. How to shake a tree that’s cut in a million pieces? Where will the apples fall? Security for the majority and the functioning of the real economy lies in this fragmentation, this result of daylight in every corner. What we keep in that state may be exactly what we have now, but then at least we will know that we are on solid ground.