>CEO Shapiro of Monsanto says its methods are unsustainable

The world can be devided into two groups of countries : 1. Those that have a firm grasp on their fossil fuel supply and 2. Countries that don’t. Strangely amongs the countries that don’t have their fossil fuel access under control we find fossil fuel producing countries. Usually they are able to produce but not refine, or most of their oil is harvested by foreign companies.  In other cases the countries are under financial constraints forcing them to deliver their oil abroad. Also the  ‘firm grasp’ of for instance Europe and US on fossil fuel supplies is at best shaky. What if large scale war breaks out in the Middle East? How likely is that as Jordans king refers to the fight agianst IS as the “third world war” ?

Fossil fuel tends to drive the world towards an enforced order at high risk, at the cost of lives, which have low value in it’s fossil fuel economy

With that access to fossil fuels comes order. The order in turn allows the governments to keep their grasp on the existing balance of power, or fight to restore or install one. We can observe how Egypt, Syria, Iran, Lybia where all thrown in turmoil because of their oil reserves, how Saudi Arabia and Iraq try to fight oil funded IS. In the background the cold war/BRICSA block defines sides in each conflict.

The blind  : The CIA, always ready to protect US fossil fuel interests, fears hostile nations may manipulate US weather..

A second divide could be made in the world, between countries that supply the food to feed their own population and ones that can’t. Right now two factors come into play, one is fossil fuel availability (when farming is intensive) and the other is the weather. The recent riots in Egypt where about hunger, caused by lack of fuel caused by an inflating dollar (the US was printing like mad). But hunger can also result from droughts, as we have seen in the US, Australia and Russia in recent years. Russia in 2010 stopped selling grain to the world market. The droughts in the US are predicted to become annual, or permanent. The ‘Breadbasked’ is moving up on the map. But will it be a breadbasked when it moves? 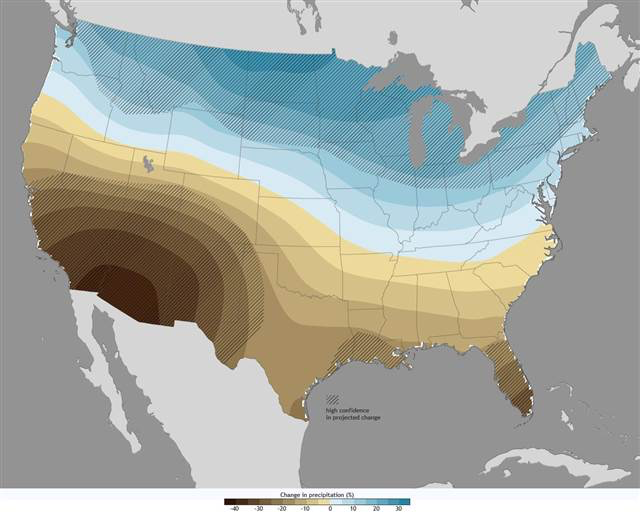 See also Mega droughts coming to the US

The threat to order by both a sudden drop in fossil fuels (minus 15% is enough to trigger widespread chaos according to the german department of defence) or food is also a threat to the ability to respond to climate change. As every farmed calorie already costs about 10 fossil fuel calories the threat to order of the two factors fuel security and weather is multiplied.

The danger is that one can no longer respond to climate change and the use of fossil fuels will continue in the fragmented non cooperating regions. Rather than trying to keep going on the brink of collapes the world should be reinforcing life in a non fossil fuel dependent way such that it becomes 100% resilient against any drop in fossil fuel supply. It makes no sense to fight a losing battle, especially when all the means to win another are available. The goal is food security and order, so humanity keeps control over its fate.

The food system is currently dependent on fossil fuels for powering irrigation pumps, petroleum based pesticides and herbicides, mechanization for both crop production and food processing, fertilizer production, maintenance of animal operations, crop storage and drying and for the transportation of farm inputs and outputs. (source)

Add to this powering the shops and supermarket, fuel for cars to go get groceries, fossil energy use in restaurants and kitchens..

One scary consequence of intensive farming is that the farmed land is dead, deteriorated and usually impregnated with toxic compounds to which GM crops are resistent. The soil is carbon poor, it has no fungal mesh which usually carries nutrients to plant roots. It takes years for soil (if it is planted with the right nitrogen catching plants) to become fertile again. This means that if it becomes impossible to farm with intensive methods due to some glitch in the chemical and fossil supply chain, the land will not produce. On top of the chaos from an interruption to the fossil fuel supply one would see a collapse of food production that would not be able to restore itself. On a larger scale this would lead to serious famines decimating the population.

Carbon farming, meaning farming to sequester CO2 and receive carbon credits, sounds like a good idea. Effectively though it protects CO2 emissions elsewhere, so it neutralizes any beneficial effect to the climate of these farms.

It seems that the fossil fuel industry has found a way to remain relevant by producing biochar through pyrolysis (burning with low oxygen). However, the benefits of biochar are contested. It seems the best way to get the benefits of carbon rich soil is to allow plants to inject it. Fossil fuels also need to remain in the ground.

Ironically the approach that reduces all these risks also reduces the resulting problem of high CO2 in our atmosphere. Puting carbon in the soil throug natural means is a great way to make the soil more fertile.

Guy Webb seems the most sentient advocate of scalable methods of carbon farming. The upside of this farming method is that it is less carbon intensive, as productive and cheaper than current methods (which is to be expected as money is usually used to secure fossil fuels). It also allows the soil to retain more water, so droughts have less effect.

The solution to protect life is to use it so it protects itself. Maximize life!

The switch to soil carbon increasing farming methods is our best protection against threats to order by fossil fuel shortages or food shortages. When adopted widely it is also able to capture a significant amount of CO2 from the atmosphere, almost as much as we put into it in the last century. This in turn will cool the earth and increase the size of the now shrinking farming regions.

To truely fight climate change we need to do more, this however would become impossible if the world is suffering from food and fuel shortages..