Shell is organizing the Eco-Marathon in the Ahoy in Rotterdam. Hundreds of teams from around the world are competing to have the most fuel efficient car, or one that reaches the highest speed using solar, batteries or hydrogen. Below some pictures, first of the kids exposition. 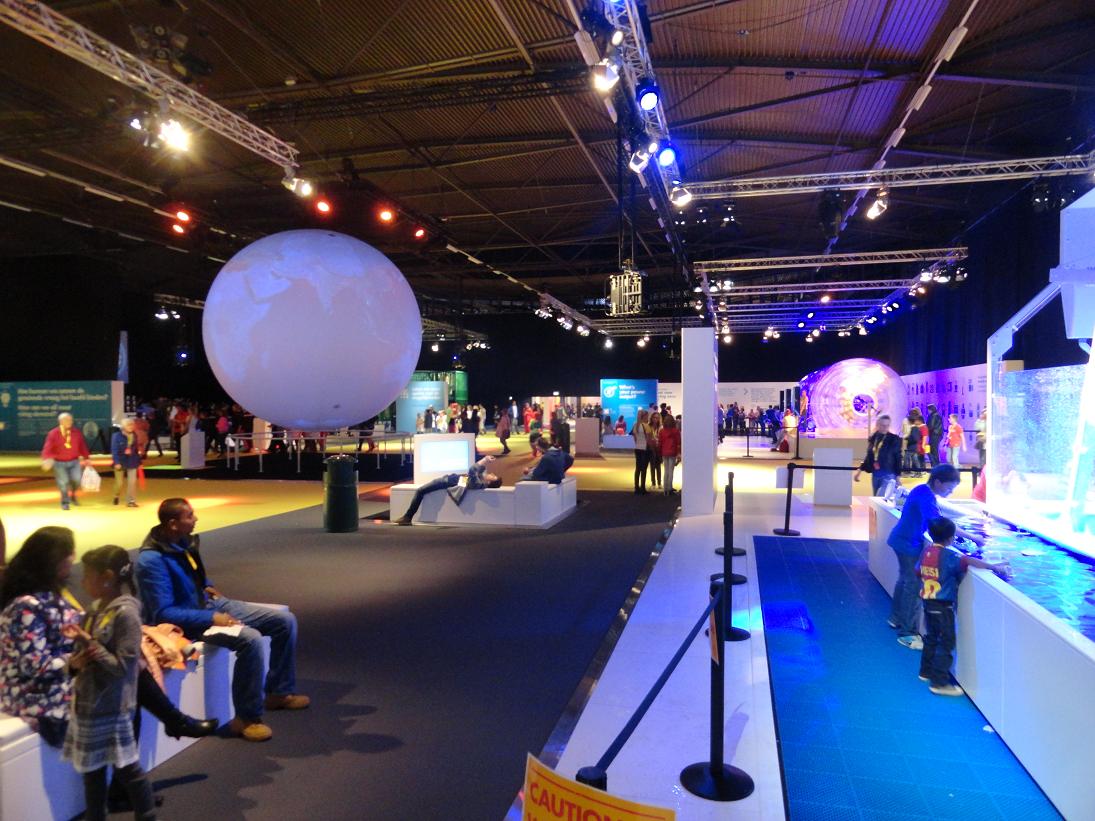 It seems hard to be negative about this event. It is not at all. It’s a blatant propaganda show for fossil fuels. Yes you see some solar panel and a wind turbine, but most of the exhibition is about gas, nuclear and lots of cars, cars, cars. Kids love cars. Apart from cars they can see a plan for their future where "75% of people live in cities".

Shell tells you there may be climate change, but that biomass burning in poor countries also adds a lot of CO2. All the more reason to stop their business.

Shell remains in the conditional mode regarding climate change. CO2 "has the potential". It’s very predictable, their business model and ambitions include getting gas from the ocean floor apart from hunting for shale gas in South Africa. They don’t learn they are a mere supplier of energy they find around Earth, only theirs because they bribe (or kill) most people that oppose them. This has been going on since the late 1800’s. 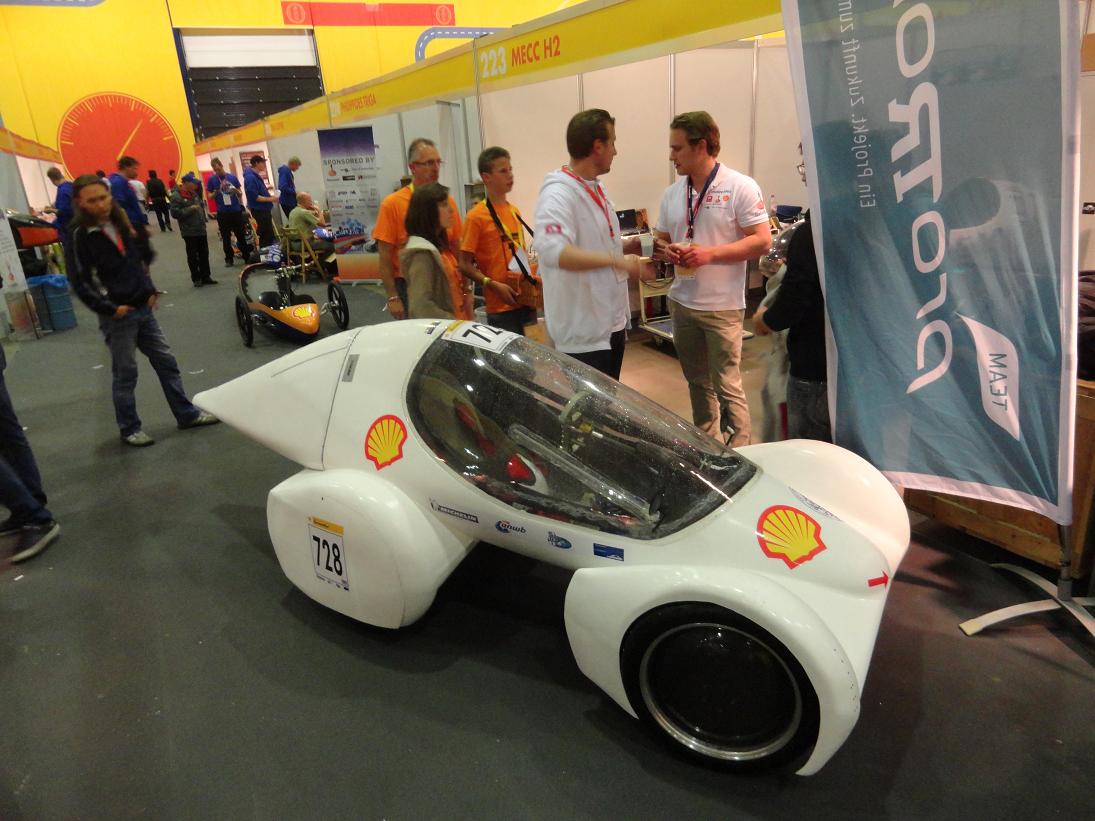 A ripoff of the strangled Aptera

The Eco-Marathon challenge is interesting, today many teams seemed to have their complete workshop moved to the Ahoy hall. Categories are solar, batteries, gasoline, hydrogen. It’s an involved activity, students will feel like they are really cool and active, which is what they should be much earlier in life (in terms of responsibilities). 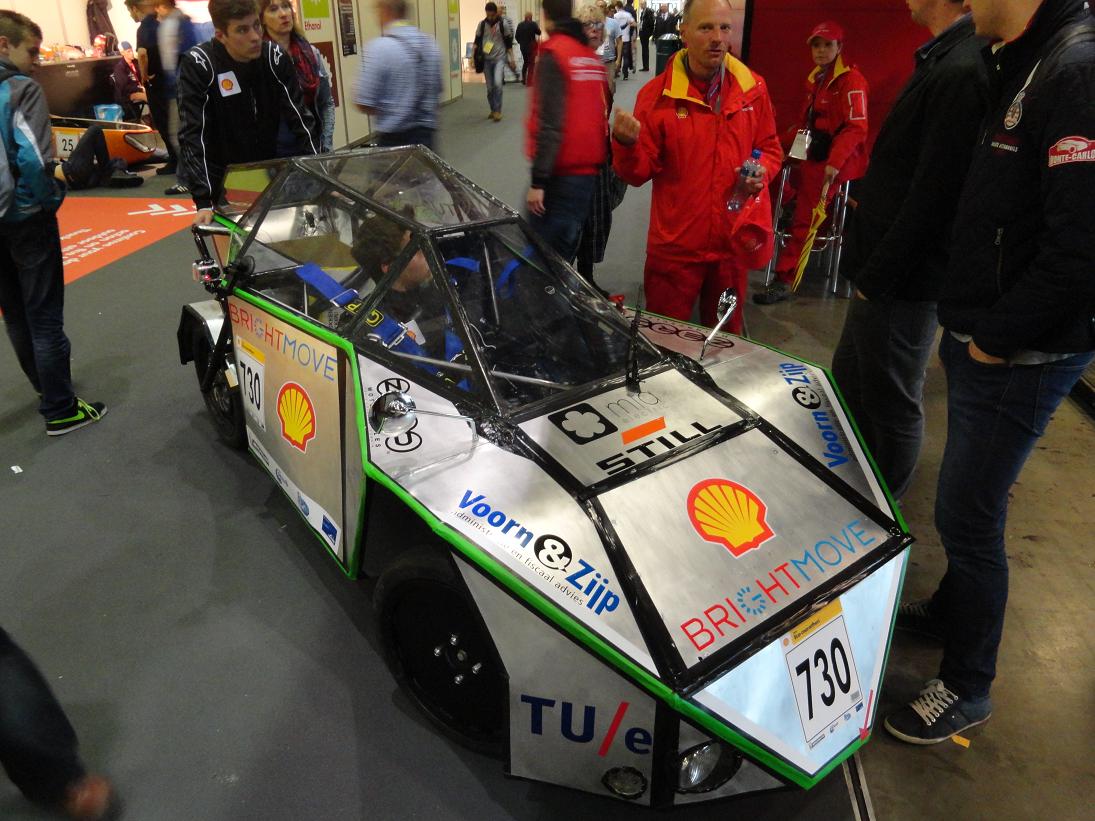 The creations remind one of the first cars, (many of which where electric by the way until Ford came along). It’s a great way to make people aware of their maker skills. We say Wealth is skills x materials x energy, so these events are good for any economy, not only the Shell inspired (destined to cause our extinction) fossil fuel based one. 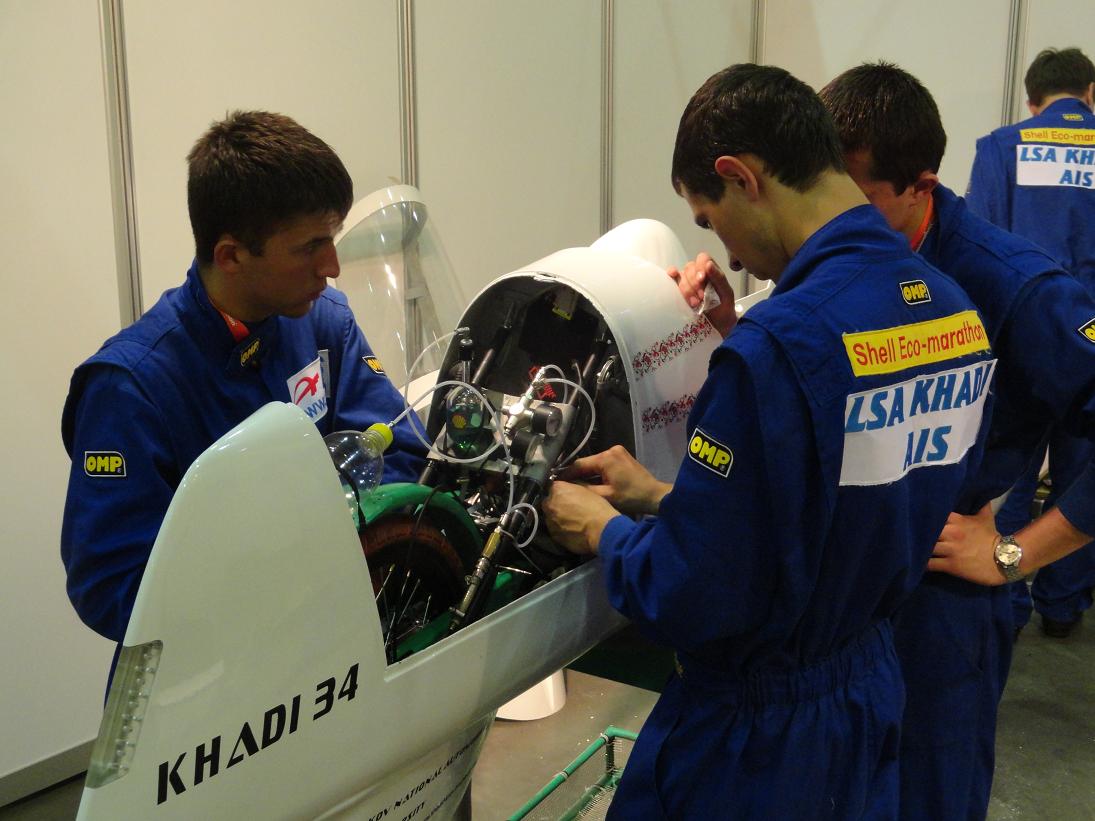 Russians, of course working on a gasoline car