The below image is presented to us : 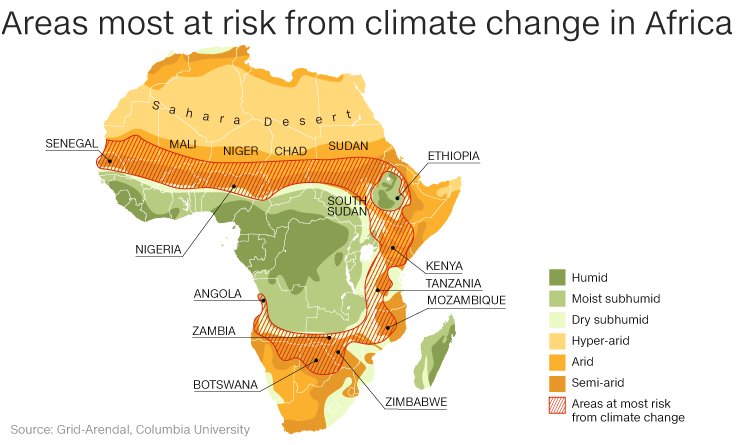 This is a map of opportunity in Africa. We don’t have to think long to understand that a lack of water is a problem we can overcome. We just need to use means that do not perpetually require our attention and effort, so no fossil fuels, or manual labour, to solve it. We also should not fix this to benefit the economy, because that never helps to fight climate change, and arid deserts have very little to offer. Instead we can think extraeconomically, roboeconomically.

An electric railroad that transports water to the center of Africa. Maybe a road system with autonomous trucks that do the same?

Extraeconomical thinking is thinking in terms of adding resources without arranging their consumption or tying into the economy. Just adding them for the sake of adding them, just like nature does if conditions are favourable. Right now nature is losing and we are the ones that need to step in. Large projects have been executed to this effect, for instance large reforestation projects in China. We can make the desert thrive and live by adding water, we can do that without promising profits, just by spending money on the necessary infrastructure and doing so in a clever way. Not part of the desert, but all of it.

Roboeconomic thinking is thinking beyond fossil fuels, thinking with all the avialable tools we have today. We don’t need to be there when a tree gets planted, a ditch gets dug. We don’t need to use fossil fuels to do it. We just need electricity, some storage, and electrical equipment, robotic, drones and we can have lots of those and get the job done. Not in one place but in many places at the same time. The roboeconomy will be what we have after fossil fuels are finally killed off. Maybe that will involve a real struggle, the way fossil interests are guiding us to a global conflict testament to that.

Why not keep it simple : We build a trans african railroad, we build solar ionic desalination plants on the coasts of Mauritania and elsewhere, and we ship water to the dry regions. We can also use aquifers to grow tree plantations, dig trenches to capture rain into undersoil. And then there are more complicated methods. We build solar panel factories to supply the panels to the arid regions, using solar energy, so at a low cost. We build the robotics that will irrigate and manage the landscape where there’s only a few uneducated souls or terrorists. we take on this challenge and we do it without looking for profit, we consider the density and variety of life our key performance indicator. 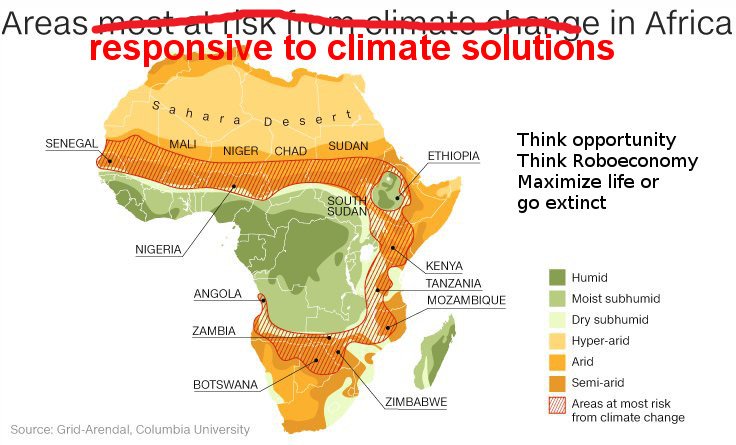 Nature is oppertunistic, its life can’t shape the landscape like humans can, so humans can be a tremendous force for good when it comes to supporting and maximizing life, which will be essential for human survivial and that of other species in the next 100 years.