The world is transitioning to renewables. Anybody who fully owns their solar panels discovers a strange thing : The price of their electricity drops to zero, even if they reserve income from the sale of it to the grid to buy the replacement panels. The renewable economy has different properties than our present fossil fuel driven economy. This has surprising implications.

Imagine a factory for solar panels, in the desert of Nevada for instance. It can produce silicon needed for the cells from sand using solar panels on its roof. It has a deal with Iceland for refining the aluminium with geothermal, it has deals with wind parks to generate the plastics from water and CO2 (for instance an offshore windpark). It has deals with glass melters in Mauritania that use solar energy to melt sand, mix it and create glass panes (or better still, it doesn’t use glass at all, because the glass pane is not necessary for solar panels to function or be durable). In short, there is renewable energy input in a production system that takes raw materials and turns them into solar panels. Even the delivery and logistics can be all electric/wind (maritime) powered.

Production chains can lower cost by integrating renewables in every step

A scenario as painted above has a surprising proprety, namely that it requires very little money to run, after all, all processes need to be maintained and protected against breakdown, but otherwise they run on their own. A road truck with a 40 foot container driving in the sun can generate about 6 kWp on its top, which is quite a lot of power for either its batteries or electric drive train. Once you have such electric trucks your logistics cost will be much less than with diesel trucks, let alone the lower maintenance and repairs. A solar electric truck combination will also not only earn enough money to pay for itself, but will continue to earn money out of a fossil fuel economy.

Renewable powered products and service pull carboncredit out of the economy, causing problems for banks

We have written about the incompatibility of the fossil fuel (carboncredit) economy and the new Roboeconomy (we are not Rifkinites or Kurzweilites because they use to much hyperbolic words and inspire a passive attitude). One of the fundamental incompatibilities is that the Roboeconomy will suck up money from the carboncredit economy which destabilizes this economy and makes it harder to control by the credit sources (banks). The only way the now dominant fossil fuel based economy can deal with renewables is by making sure they are in debt, they are written off (and destroyed) a the end of their economic life (so within about 15 years or so) and that as much of them as possible are forced to trade their energy into the market in which prices are still largely determined by fossil fuels. Even then the current economic system can only survive a modest percentage of renewables until the shift in paradigm becomes problematic.

The shift in paradigm between the ‘Carboncredit’ and Roboeconomy lies in the logical source of credit. In our present fossil fuel dominated economy this source is the banks, who hide the fact that the credit they create has value due to the availability of fossil fuels in gas stations, gas grid, as coal electricity everywhere. A factory can not produce if it can’t pay its energy bills, no logistics company, no mining company, no airline or shipping company can operate. It has to earn money to pay for its operation, and if it earns more than it needs to pay for its energy needs, which includes salaries (which turn into food, products and services from the same factories) it makes profit. Banks like to drive the desire for profits because it increases the need for credit. It increases their control of this well oiled machine. Now take a ammonia fuel generator, so a plant that turns N2 out of the air and H20 into NH3, a diesel like fuel that can be used to run farm equipment. If the farmers buy this installation out of their cash reserves it is a debt free source of farm fuel (CO2 free). This happend in the US with the Freedom Fertilizer project. Then obviously all the farmers can work their land and grow crops, irrigate (if there is a natural water source) and sell their produce without needing a Dollar in credit. 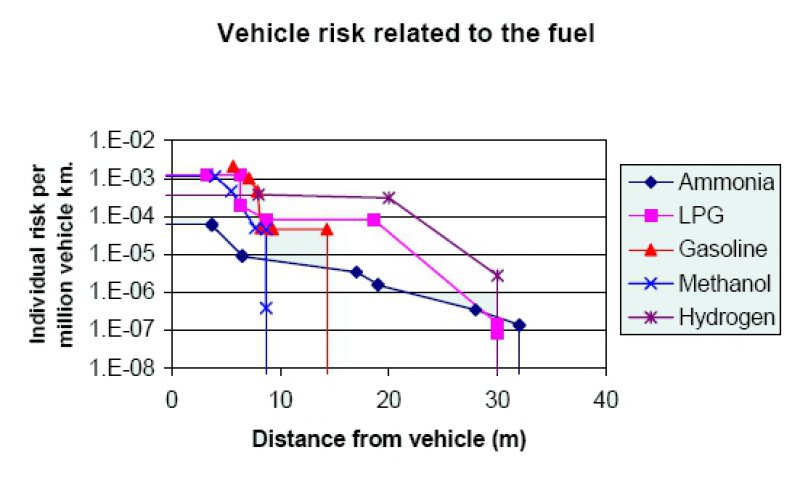 Ammonia is the safest fuel

This is how farming becomes free of any cost. If the NH3 generator is owned by someone else, say an investor, it can sell its NH3 to the farmers at a price lower than diesel, and this would still be a good thing. As the Wind to NH3 plant needs very little input (wind, air, water) it would accumulated dollars from the carboncredit economy. People would pay for something that was essentially free.

A renewable energy producer can become a bank, creating a mini-roboeconomy, or it can simply support the community

But the Wind to NH3 generator owner could also decide not to ask for dollars, but simply create its own currency, the NH3 coin, that farmers have to buy to get NH3. The Wind to NH3 generator owner could become a bank, that gave credit to building companies that wanted to build using heavy equipment, which also needed the diesel like NH3. Soon the NH3coin would circulate in the economy along the dollar as a hard currency, with some provisions, like a limited duration for use. The latter would not have to remain the case if the generator had adequate storage for NH3 and build up reserves. The fossil fuel banks already use the reserves of fossil fuels, which like NH3 is stored energy.

Farmers buy diesel and dump manure, while they could use NH3 and harvest it from the manure

In short, with renewables, and especially stored renewables, the credit function and economic role of banks is eroded. They will matter less and less as energy and thus the engine of local economies becomes more owned and more local. Eventually all the basic functions will become free (als due to increasing automation) because the community owns and maintains them themselves. Because the cost of everything have dropped the people doing the maintenace also don’t require much if any money. 3D printing and automation will play a large role in making this happen.

With renewables our machine, robotic environment gains autonomy to produce the things we need, as if the dead planet comes alive

The renewable transition can be seen in a romantic way as the evolution of the physical world, where it gains abilities now only present in the biological world. Living organisms maintain themselves by collecting energy from the sun mostly (directly or indirectly and in many different ways). The lifeless, dead, material world now gains this ability, and if we create systems out of raw materials that integrate renewable energy harvesting then these systems can become autonomous and self perpetuating. We can make it so that these systems support our lives, restore our ecology and create the best environment for us, and this will have no real cost other than humans using their lives to bridge the gap between the vision and it being reality.

Free solar panels for all will be an international intitiative born out of two considerations : The need for the solar transition and the fact it creates no losers

The first system that should experience this ‘augementation’ is the solar panel manufacturing sector. It should go 100% renewables, including the company building the factories, so that the cost will drop to near zero, and this system can become a self sustaining, growing industry. This is going to happen, the question is which company will make it happen. The role that you can play in this is to look for leaders that understand this, that see that the financial sector and energy markets will eventually die, that any location with renewable resources is roboeconomically viable, and that allowing natural resources (like from mines) to be used in return for the products instead of offering it to the market can create a low cost shortcut.

Solar City is doing this by getting power for it’s solar panel factory from Niagara Falls, one of the first places to use the idea’s of Tesla (which today Bought Solar City for $2.5 Bln)

The birth of a planet that sustains humanity and our coevolved animal kingdom can happen, and free solar for all will be the first sign.